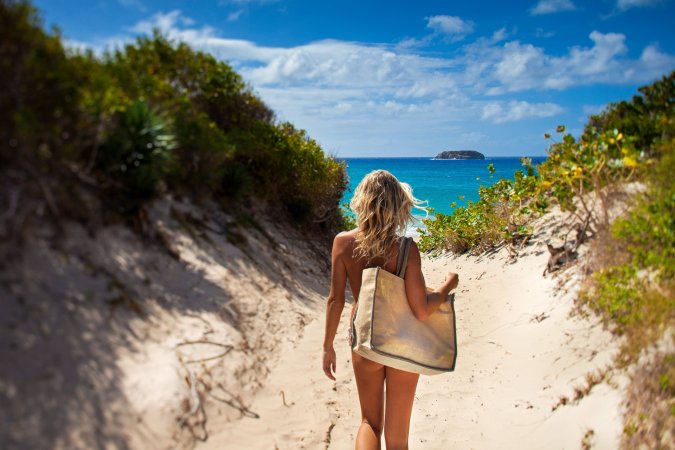 In the heart of the Caribbean Islands, with the Atlantic Ocean to the west and the Caribbean Sea to the east, St Barts boasts fourteen exceptional beaches set along its 32 kilometers of coastline. Accessible to the public and perfect all year long for sunbathing and swimming in the crystal clear waters, each of these superb beaches is more beautiful than the last. Here, we have chosen to highlight five. 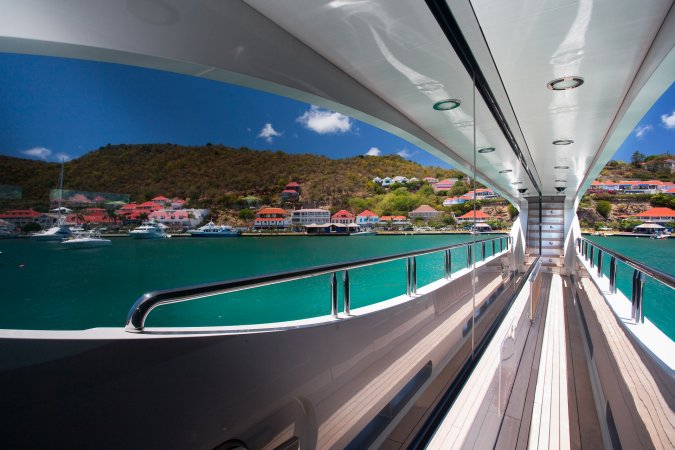 Picturesque capital of the island, Gustavia proudly bears traces of a long, Scandinavian presence and a rich, French historical past: ruins of ancien forts, a lovely Anglican church with a wooden bell tower, the Wall House, island style dwellings with colorful shutters, Swedish period warehouses, a traditional neighborhood situated on a small beach dedicated to fishing… With its red roofs and white walled houses set around a sheltered harbor, the administrative and commercial center of St. Barts - temple of shopping by day and party hotspot by night – exudes the safe, relaxed and comfortable atmosphere of a large village with old world charm.

Shell Beach is within walking distance of the city center and Saint-Jean Airport is just a 5 minute drive behind the Col de la Tourmente, the most photographed spot in St. Barts. 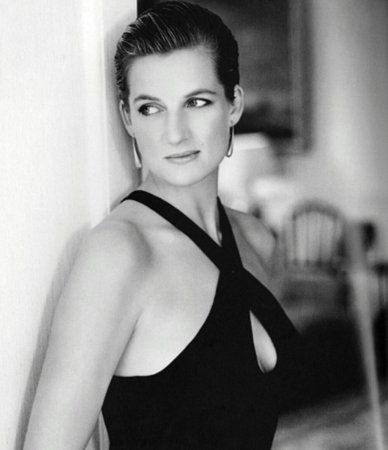 There is a reason that St. Barts is the favorite destination of American and French stars. Here, these very busy, public figures find a warm and soothing atmosphere conducive to their quest for anonymity and tranquility.

Barefoot in the sand, relaxed and with no need for bodyguards or press attachés, these stars aren’t concerned about being bothered here whilst with their family. The biggest worry they may have is to go momentarily unnoticed!

Although privacy is assured behind the confines of the home they’ve rented for their island getaway, it is not uncommon to happen upon an immensely famous actress as she watches her children take part in a water activity, a millionaire rapper at the fruit juice bar at Saint-Jean beach, or a British pop star sitting at the table next to yours at a restaurant.

Owner of one of the largest properties in St. Barts, Roman Abramovich casually walks through the streets of Gustavia. The members of the Kardashian family seem to give up their media fame during their regular visits to the island. Actors, artists, trendsetters, millionaire businessmen, singers, influential women, iconic muses, top sportspeople and models, all make their way here at least once in their celebrity lives, with many falling under its unique charm.

Princess Diana held a special place in her heart for St. Barts. Here, she had undoubtedly found not only the perfect place to celebrate the happiest moments of her life, but also a place where she could take comfort during the darker hours of her tragic destiny.

Historically, the first billionaire to embrace St. Barts was David Rockefeller. Attracted to the island’s undeveloped and natural state, he built a property near Colombier beach that still exists today. Since the 1950’s, he had already been using the Eden Rock Hotel, built by the explorer pilot Rémy de Haenen, as his no-frills accommodations along with Greta Garbo, Robert Mitchum and the eccentric genius, aerospace pioneer, Howard Hughes. As much then as now, the heart and soul of St. Barts is formed by a blend of exceptional individuals, including the island’s residents, gathering together on this land so blessed by nature. 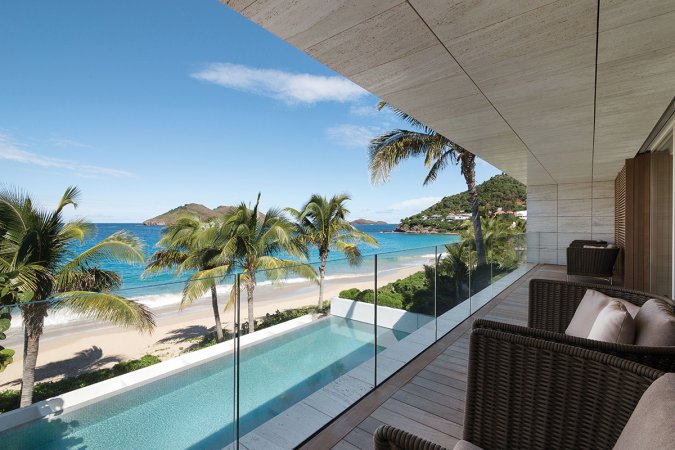 In the heart of the touristic zone that is the Caribbean, what sets this island apart from the others, and makes your stay truly exceptional, is the possibility of renting amazing villas, exclusively found on St Barts.

Although hotel rooms are limited here, the few offered are found mainly in starred establishments boasting remarkable, personalized services. Many are situated directly on the island's idyllic beaches, such as the Cheval Blanc Saint-Barth Isle de France palace at Flamands, the Eden Rock St Barths at St. Jean, the Christopher at Pointe Milou, just to name a few.

However, if you imagine yourself on a property perfectly suited to your needs and shared exclusively with your family or entourage, St. Barts, like nowhere else in the world, offers a vast choice of exceptional villa rentals. From one to eight bedrooms, the houses feature swimming pools, private grounds and panoramic views of the green hills or the sea. Each is unique, special and entirely befitting your taste, and amenities found in upscale hotels can be provided by our concierge service. Nevertheless, very few villas on the island are fortunate enough to be located immediately on a beach. They are so rare, in fact, that it is often necessary to book them as far as one year in advance.

We have a curated selection of the most beautiful properties on St. Barts and our experts, familiar with the enticing array of features offered at each, can guide you through your choice.

Our collection of villas and hotels 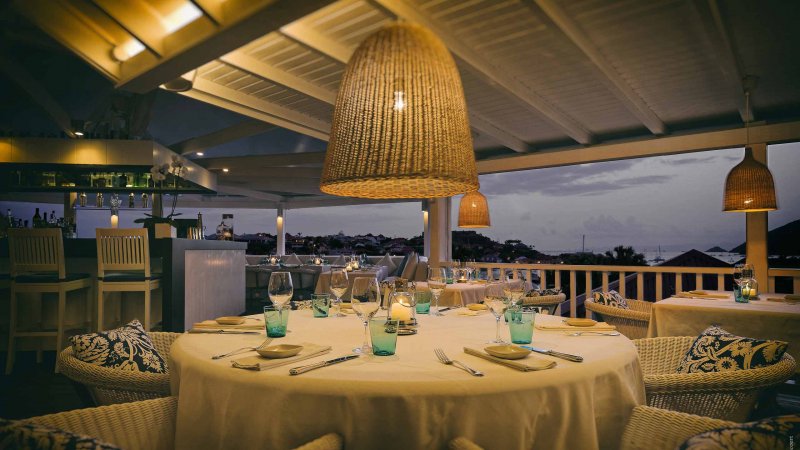 Fine dining is part of the art of entertaining in St. Barts.
Boasting a vast array of styles - sophisticated, gourmet, Caribbean inspired, international fusion, or the best of French savoir-faire - one look at restaurant menus and you’ll understand why the island’s culinary experience is so treasured by its regular visitors. And once you’ve gotten a taste, it is extremely tempting to bring a chef to your villa to enjoy a refined meal made just for your family and friends. Bon appétit! 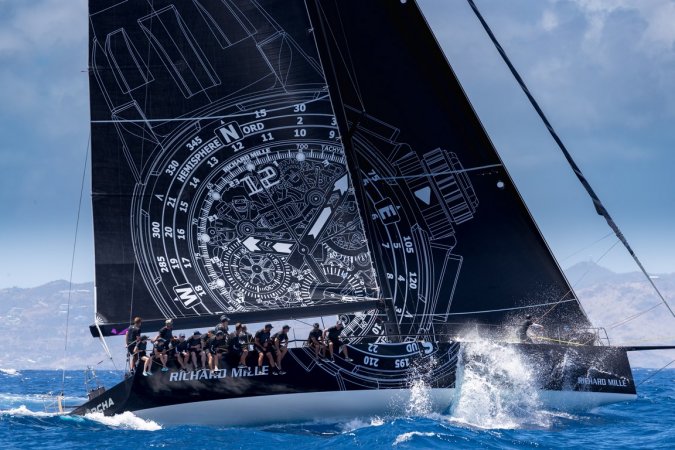 Throughout the season, St. Barts hosts many international festive and sporting events. The year gets off to a merry start. Far from the frost of the New York and Parisian winters, the island is literally bursting with guests that have come to warm up and enjoy the New Year’s Day festivities. In the spring, yachting enthusiasts are treated to two of the most impressive nautical events in the world - the Bucket Regatta and Les Voiles de St. Barth Richard Mille. At the end of autumn, the Gourmet Festival is another popular event during which French starred chefs meet up in St. Barts to the surprise and delight of culinary connoisseurs.